The stocks for cannabis are already taking a big leap for over years now which have caught the attention of many investors in the market. Based on records, the value of the cannabis stocks are on its peak leaving behind the market index. One cannabis research shows that approximately $46.4 billion sales in the black market of North America would be expected to come up. This seems to be a large group for cannabis sales in which legalization of cannabis use are trying to be approved.

The cannabis sales for North America is expected to increase for greater than $22 billion by the year 2021.

The Major Drawback of Cannabis Industry

Even if it is already legalized, the funding for marijuana business is still not accepted by majority of banking institutions or financial services. Generally, most banking establishments are governed by the Federal Deposit Insurance Corporation or FDIC. Under FDIC, funding pot-related businesses is an act of money laundering under the strict implementation of the law. Thus, it leads to criminal charges and some judicial fines.

Bitcoin is the key

This major challenge in the marijuana industry could be possibly addressed through the use of bitcoin. The electronic cryptocurrency such as bitcoin is generally utilized in Washington State. This currency is allowable to use by consumers who own debit or credit cards issued by the bank. Utilization of this currency is helpful for the legal purchase of the weeds in dispensaries or to buy these Canadian weed stocks in 2020.

In case, the bitcoin has been chosen as a mode of payment, companies handling the cryptocurrency may charge the credit card of the customer through a kiosk system. Moreover, within the dispensary, the bitcoin can be traded for pot items. It is then that the intermediary company – the company handling cryptocurrency, exchange the bitcoin for dollars. 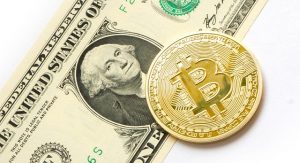 However, the intermediary company may require a valid ID from the consumers. The ID should be scanned, encrypted, and contains a fraud detection program of nine point system. One of this is the inclusion of having a personal bank account of the consumers.

Furthermore, consumers are only allowed to purchase not greater than $150 in bitcoin currency. This is to give effort in preventing money laundering. Generally, in any case that the Congress cannot provide alternatives for the cannabis stocks, cryptocurrency could progress into becoming a connection between the pot and its consumers. This is more likely because there is epic crypto exchanges of 2019 as per records.