Bitcoin was created for almost a decade. Since then, cryptocurrency market keep growing and faced stream of scrutiny saying that it’s headed for obsolescence or that the coin is dead. Then a decade later, just one bitcoin is already valued at four figures and it seems that it have set foot its foundation coupled with its growing maturity in the market. The same could not be said for sector which includes hundreds or probably, thousands of tokens and coins, each exhibiting different levels of success.

And despite from the promises of cryptocurrencies, they appear to fail breaking into mainstream. Still, there are merchants that are accepting payments using digital currency and majority of the financial services stick to fiat currencies. Numerous critics believe that crypto might have been a fad. Contrary to what its supporters say, it shows a clear sign that even with culling of crypto ranks, the market would emerge better and stronger.

Uncertainties in the Crypto Market

There is no denying to the fact that prices for Bitcoin and other cryptocurrencies have crashed in the early quarters of 2018. The volatility that defined the market seems to be fading little by little. While this spells bad news among its speculators, it is actually awesome news for its investors. And this is only backing up their claims that it’s the key to unlocking the future of cryptocurrency.

Both blockchain and cryptocurrencies in general are beginning to gain mainstream attention. While merchants remained aware of the digital currencies, major tech companies and banks as well as other corporations already begun using them.

According to Ceek VR CEO as well as Founder Mary Spio non-verbatim, Cryptocurrency is far from being dead. It is only scratching the surface towards reaching mainstream attention when companies offer real life value as well as integration of digital currency, we’ll start to see a new wave and the resurgence of cryptocurrency. At the end of the day, it is all focused on creating natural demand and lessening hype and speculation.

It’s just a Matter of Time 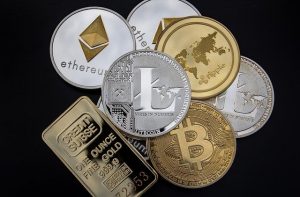 While there are numerous people who have not entertained the idea that the crypto market and Bitcoin are mainstream, the sector is focused on proving these people wrong. While digital currencies are still not the standard for value exchanges and payments, the technology in which it is based from – blockchain – is working fast to become the standard in different industries and sectors.

Now may be the high time for you to make investments in cryptocurrency while it is not in full bloom. You may lose but that’s the risk; just think of the greater rewards you can get. After all, if ever you hit the former, you can always seek help from bankruptcy lawyers San Diego who can help you out in your situation.